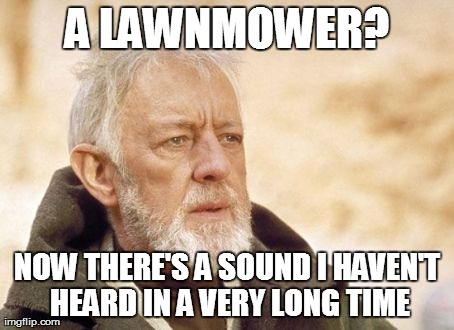 Spring has come, and it’s not leaving just yet but it does have one foot out the door. I haven’t done one of these posts in a while, but this month I’ve been a little bit better about keeping up with things I wanted. I also have a few fails or flops or whatever f-word you want to use when referring to them. (I used one of my own a couple of times.) I’m also including my thoughts on some empties. END_OF_DOCUMENT_TOKEN_TO_BE_REPLACED

So I mentioned last week that I’m doing something called the “caveman regimen” (more of an anti-regimen, really) to clear up my skin and give it a much-needed rest. The premise is simple. You do nothing. You don’t wash your face. You don’t touch your face. You don’t wear makeup. If you want to be really hardcore, you don’t even let water touch your face. The idea is that you let your skin naturally balance it’s oil production and PH. It also replenishes the skin’s natural barrier against bacteria that aggressive cleansing can strip away.

Does it sound ookey? Yeah, it’s a little gross, but I have to admit that it works. My skin tends to be at its best when I do… nothing. There are a couple of reasons why this might be the case. I could have sensitive skin and not realize it. I could be going too far with cleansing. In any case, I usually only have to do this a couple of times a year for a few weeks– typically after I’ve gone a bit haywire with trying out different creams and cleansers and masks. I get ADHD with my skincare routine, and my skin suffers. So I take a chill pill and let things happen (mostly) naturally, and then I slowly work one product per week (or two) back into my routine. END_OF_DOCUMENT_TOKEN_TO_BE_REPLACED

January is such a fun time for me– particularly since my birthday is in January. Oh, and BENEDICT FREAKING CUMBERBATCH was back on my television set!!! Happy Birthday to me! END_OF_DOCUMENT_TOKEN_TO_BE_REPLACED

Yeah, that’s about how I felt about December. It sucked for the collection of cute sweaters and pretty scarves I got back in September, but at least January is looking a little better for cold weather. Here were some of my favorites from last month. 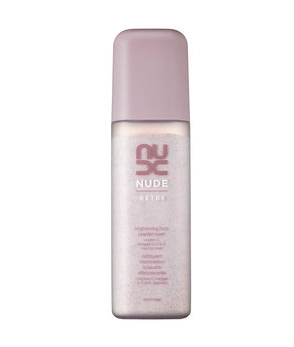 I already did a full review on this product here, and you can purchase it from Sephora here. END_OF_DOCUMENT_TOKEN_TO_BE_REPLACED

I seem to be the only blogger not doing this, so I’ll start with a monthly edition.

There were so many things from Julep that I’ve recently become familiar with and just love… I figured I’d cram them all into one category.I’ve really gotten into my Julep Maven subscription, and while I was never much into caring for my nails before, I’ve really established a routine. Something I tend to use a lot and will definitely reorder when it’s time… Vanish Cuticle Softener & Remover and Oxygen Performance Top Coat. Favorite nail color this month is my pick from November– Linnea. This is such a pretty pinky, shimmery neutral, and it lasts me all week.

END_OF_DOCUMENT_TOKEN_TO_BE_REPLACED

I’ll admit that at heart I’m a big freaking kid who loves to sit in the corner and color with all the crayons. I used to always want that gigantic box that has all the colors and the bonus sharpener on the side. Now that I’m an adult, my face is a canvas and makeup is my medium. Makeup is freaking FUN!!!

Of course, you’ve also probably noticed that makeup can be pretty expensive. How many people have walked out of Sephora cringing at their receipts? I know I have. If you’re on a budget, this can be a problem, but you’re also probably wondering if that old adage that you get what you pay for rings true, and if it does, you’re probably not going to want to cut corners when it comes to what you’re putting on your face. END_OF_DOCUMENT_TOKEN_TO_BE_REPLACED

Well, it’s cold and wet today, so I feel totally justified in making this.

This is my personal chili recipe, which pretty much consists of tossing a bunch of stuff into a slow cooker and leaving it on all day, so I don’t think I’ll post the recipe for now. My house smells amazing, though. I’m going to make some cornbread muffins in a few to go with it.

I need comfort food right now, you guys. I worked a few different events this weekend, so I needed the quiet I enjoyed for much of today. Christmas Village is in town, and that’s HUGE. Which brings me to two things…

I’m trying to figure out what the deal is with the Birmingham Parking Authority and several of their lots and parking garages– in particular, the ones with electronic machines designed to give a parking pass and then charge you on the way out. These stations also accept credit cards. Great, right? Well, it would be, but the BPA insists on setting people out front of these buildings or lots who then collect CASH ONLY for parking before letting you through. I carry very little if any cash on me, and I’m not exactly a weirdo for that. They’ll also block the machines, not letting you use those. Here’s my question… If the BPA gets their $8 for parking regardless, why does it matter if I use the machine instead? Why is there a need for people to be sitting out there taking cash instead? I always wonder if these guys are legit or if there’s some sort of scam going on. Just let people use the damn machines, okay? Also consider… Some of us can get our parking tickets validated. The parking at Uptown is an example. There’s also the Boutwell garage and the garage for Westin Hotel. So far, I haven’t seen them block the Westin, but for anyone who is going to eat at Uptown or who might be visiting City Hall and can get parking validated, blocking the machines and demanding $8 in cash is demanding money they’re not owed, but suckers will pay it anyway. I’ve demanded to use the machine before because I was supposed to have my parking validated, and while they’ll eventually relent, they do get very nasty about it.

Full disclaimer… I’m a Christian. Let’s just get that out of the way right now. But I’m not one of THOSE people, and the fact that I have to specify that as soon as I state that I’m a Christian annoys the ever loving crap out of me. You know the ones to whom I’m referring. There’s always a certain segment of the population that, in the name of Christ, insists that a war has been declared on Christmas, and they’ll use the most absurd examples to back this up. Case in point, this guy.

If I have to explain to you why this is an utterly ridiculous argument, then you’re probably already beyond help. The previous cups had things like Christmas trees, snowflakes, snowmen, and Santas on them. NONE of that has anything to do with Christ or Christianity. Not to mention, Starbucks sells a Christmas blend and advent calendars. Discount Fred Durst is also mistaken that Starbucks employees are forbidden from saying, “Merry Christmas,” and even if he wasn’t, that’s not a policy that their service employees have a say in. You’ve not “tricked” anyone, buddy. The baristas aren’t your personal dress code police, so nobody cares what you’re wearing as long as you’re covered. Nobody cares about your gun unless you walk into the store looking like you stepped away from ISIS training or start waving your Glock in the air like a moron.

My take on this as a Christian? I think this picture says it best.

There’s also this post that I stumbled on earlier today. Wow… Love this guy. I couldn’t have said it better myself.

I’m a little bit relieved to see that most people using the #MerryChristmasStarbucks hash are sensible and calling this out for the attention grabbing bovine excrement it is. Faith in humanity… restored a little bit.

On to lighter things…

I can’t get this song out of my head, and I fully blame Netflix for that. The slower version really seems to work with the wet, cold, and quiet of today.

Oh, and when I got home from school pickup, this had arrived…

That e.l.f. order has several new products, by the way. I’m also working on a review for Stitch Fix. I’ve already tried everything on and taken pictures. I’ll post the review after I’m done sending feedback and checking out. I also use Trendsend, though not as often. I’ll absolutely be doing a review on that when I order another one. My Julep came in while I was working this weekend, and I already tried out the new shimmery pink nail treatment. Love. I also swapped in their face oil on this box. Also love.

Speaking of e.l.f. I totally forgot to mention that their holiday sets are currently on sale on Target.com today (11/9/15) only, and if you’re a red card holder, you get an extra 5% off on top of that. Plus… FREE SHIPPING! So if you’ve been meaning to pick one of these up, now’s the time. Grab it here.