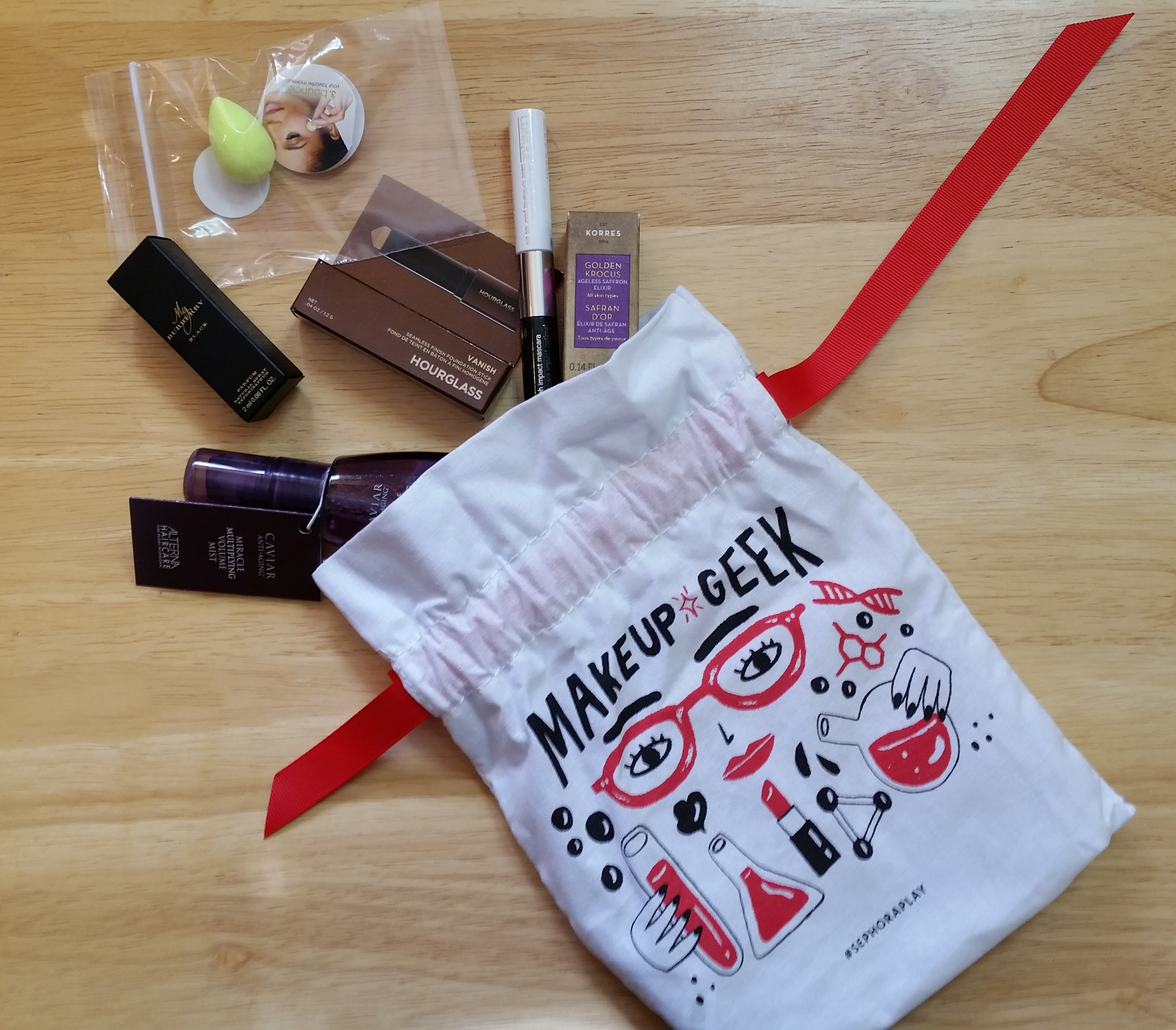 This is going to be a fairly short review/unboxing post because I’ve actually already gotten my September box and am ready to write that review up, but then I realized that I forgot to write up my thoughts on August. (I blame “back to school.”)

Sephora Play sends out variations each month, which each variation typically labeled on review and spoiler sites by the last three numbers of the product ID. For reference, my box was #130. That in mind, there were several items that others could have gotten that I didn’t get, so here’s a video of everything that Sephora sent out in August.

As the video mentions, there’s also a Play Pass included every month on the front of the informational fold out that gives you 50 extra points for your Beauty Insider account with any in-store purchase. (In other words, you get an additional 100-point sample every two months.) 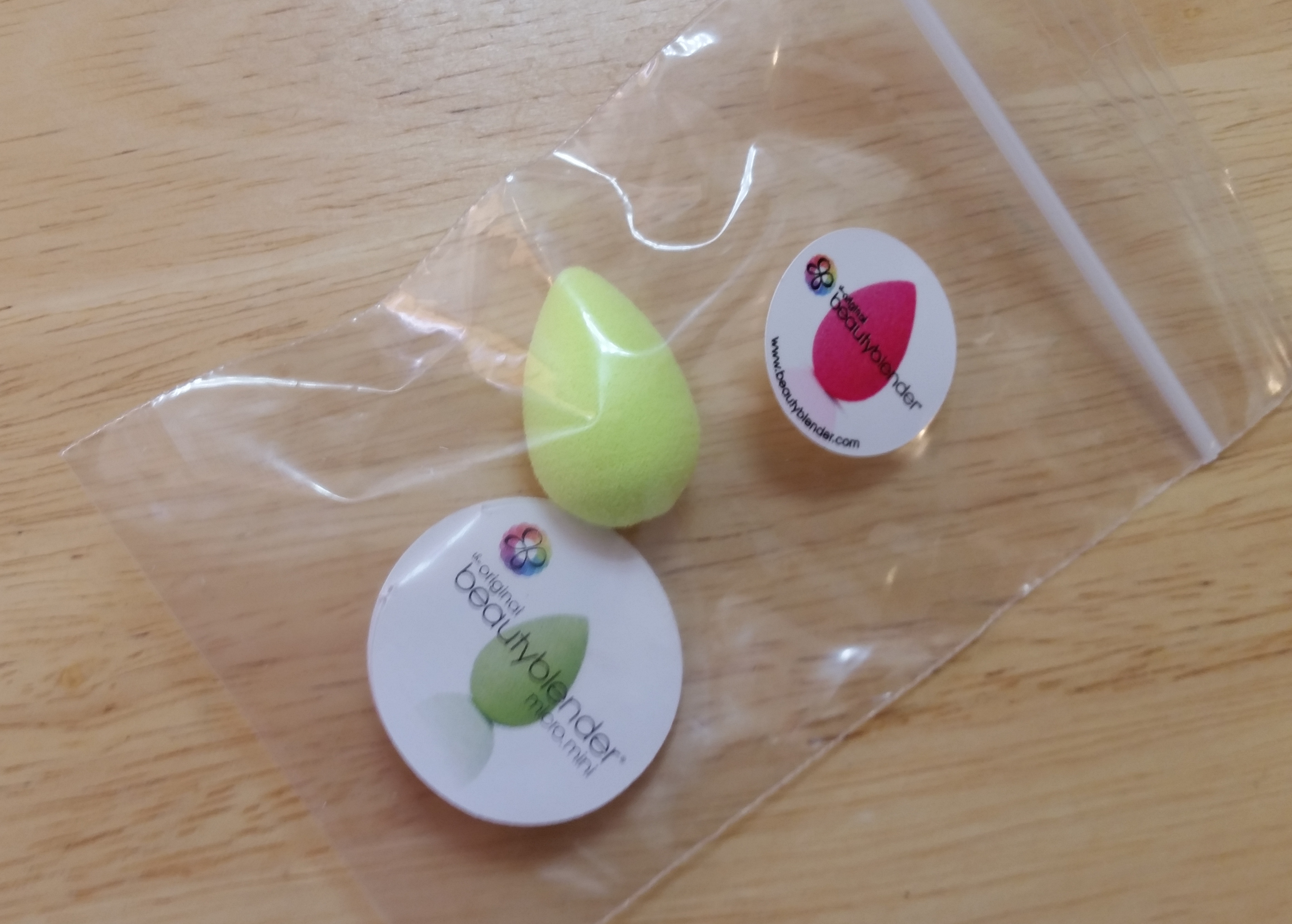 I’m already pretty familiar with the Beauty Blender, and I tend to fall in and out of love with it. I think a lot of that depends on the product and how I want my application. Right now, I’m alternating between fingers and brushes, but when I want something a little lighter, I reach for a sponge, and the Beauty Blender is a good one. Is it worth the money? It’s debatable. I’ve come across some cheap alternatives that were absolutely horrible, but then I’ve heard that the Real Techniques sponge is far superior to the Beauty Blender, so I’ve vowed to grab one of those next time I’m in a sponge mood.

Personally, I find that a sponge works best for me when I’m dealing with a thicker product, like my Tarte concealer, and this is the perfect size for concealer. There are some other uses suggested, like using it for highlighter or to create an ombre lip, but if you have a regular size Beauty Blender, you can do all of these things with that, too. I wouldn’t recommend purchasing this just for that. But if you don’t need the larger version, these little minis are just the right size to perform certain tasks and will save you a little bit of money, as you get two for less than what you pay for one regular-size blender. 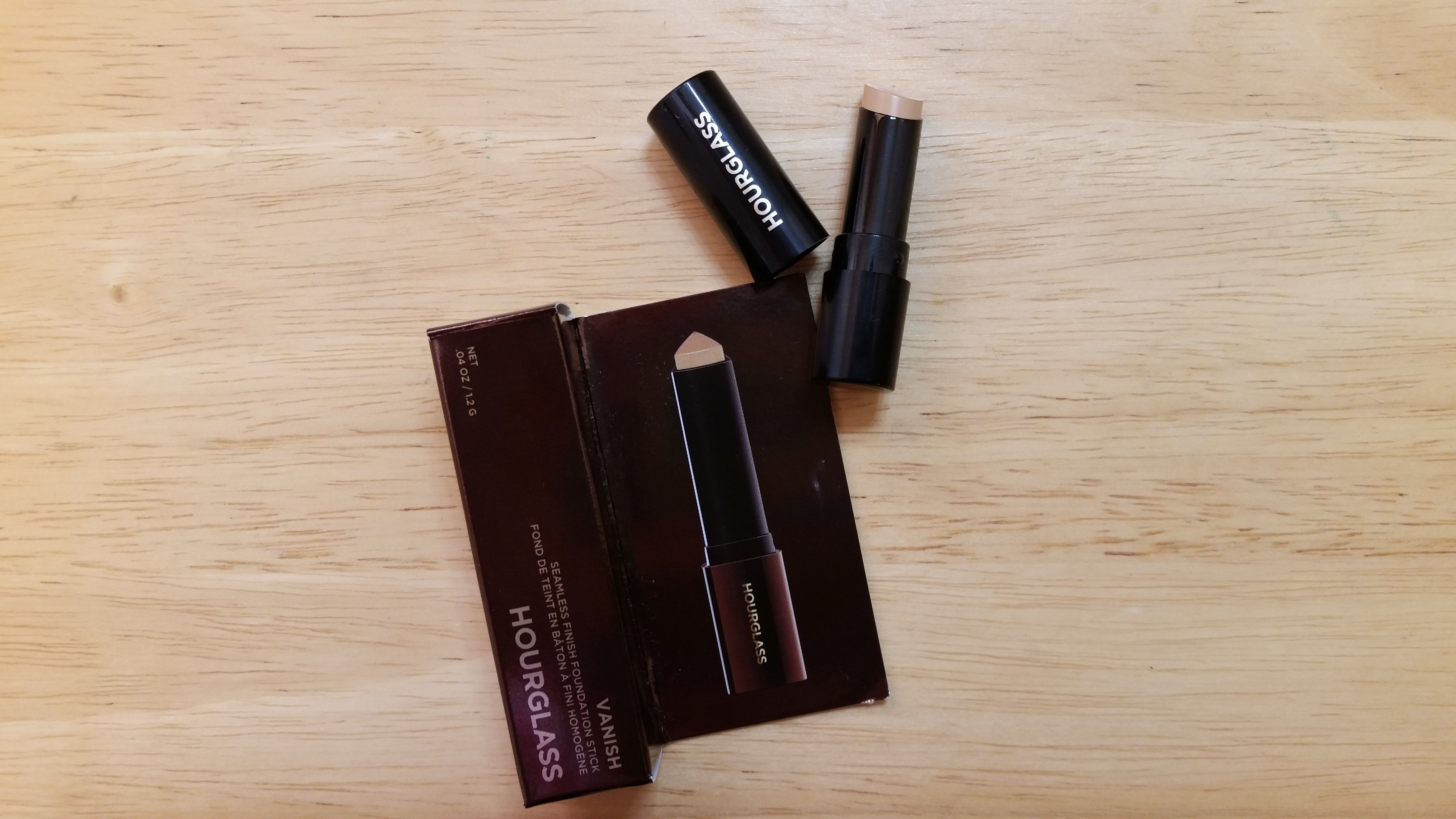 I used to be all about stick foundation, and then suddenly I couldn’t find it anywhere. I’m so glad to see this coming back, and there are several really good brands out there who are releasing a stick foundation. Hourglass is a brand I like, so of course it was on my list, and I was so glad to have been sent this to try out the formula. Unfortunately… 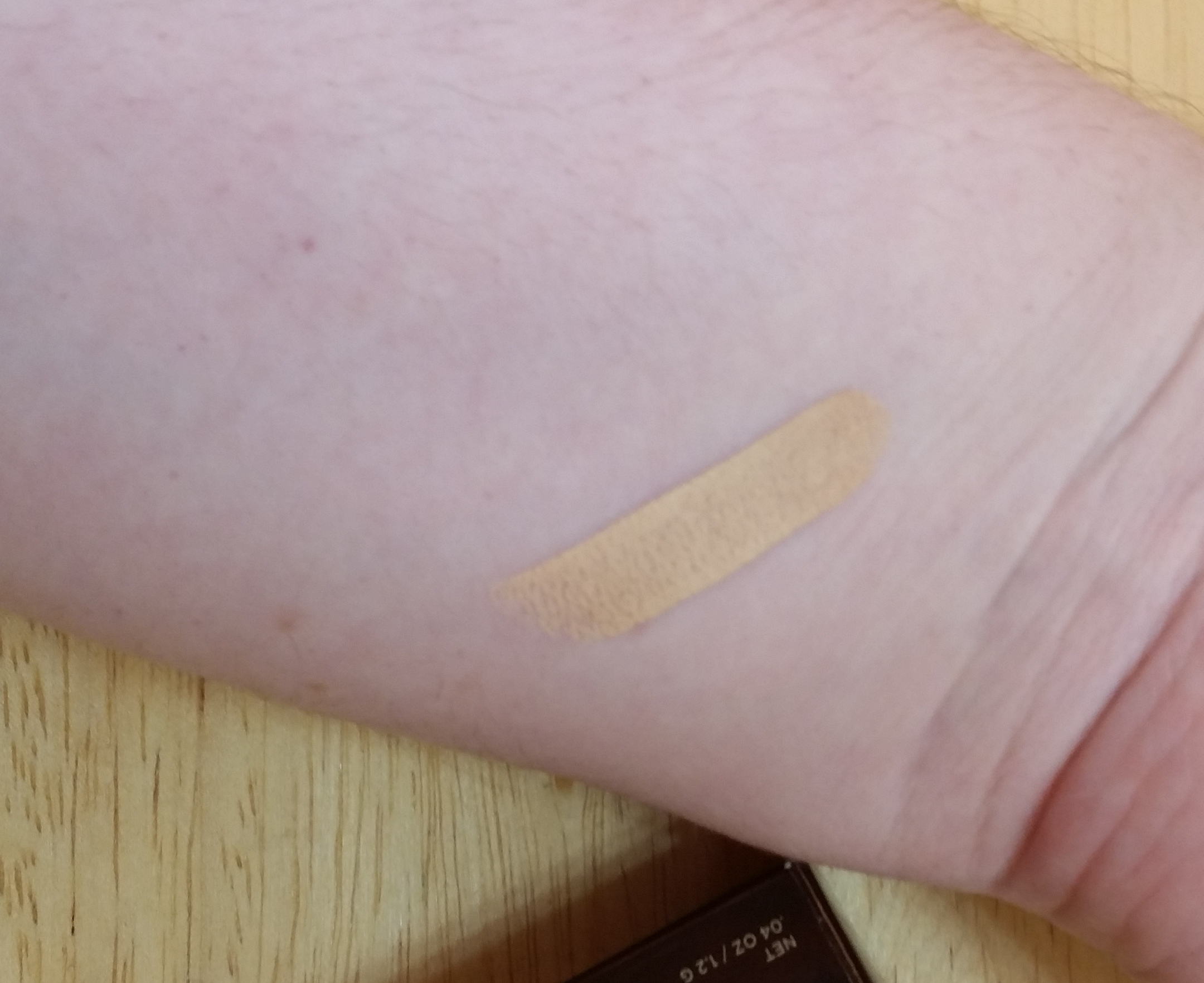 Yeah, not a great match. I was at least able to try out the formula on a day when I didn’t have to wear makeup, and I liked it. It was a little bit dry on me, but it didn’t look cakey, and stick foundation is just effortless when it comes to applying it. Not to mention, it’s also a concealer. I’ll probably try it out with an oil primer underneath to see if I get better results. (Tip: If a foundation doesn’t initially work for you, try it out with different primers, without primers, and with different application methods before completely giving up on it.)

I’m gonna head on down to Sephora at some point and give it a try in a shade that matches me, as well as try out the Sephora Collection stick and a few others. Considering I wear a heavier foundation in the fall and winter months, it’ll be a good fit for me. 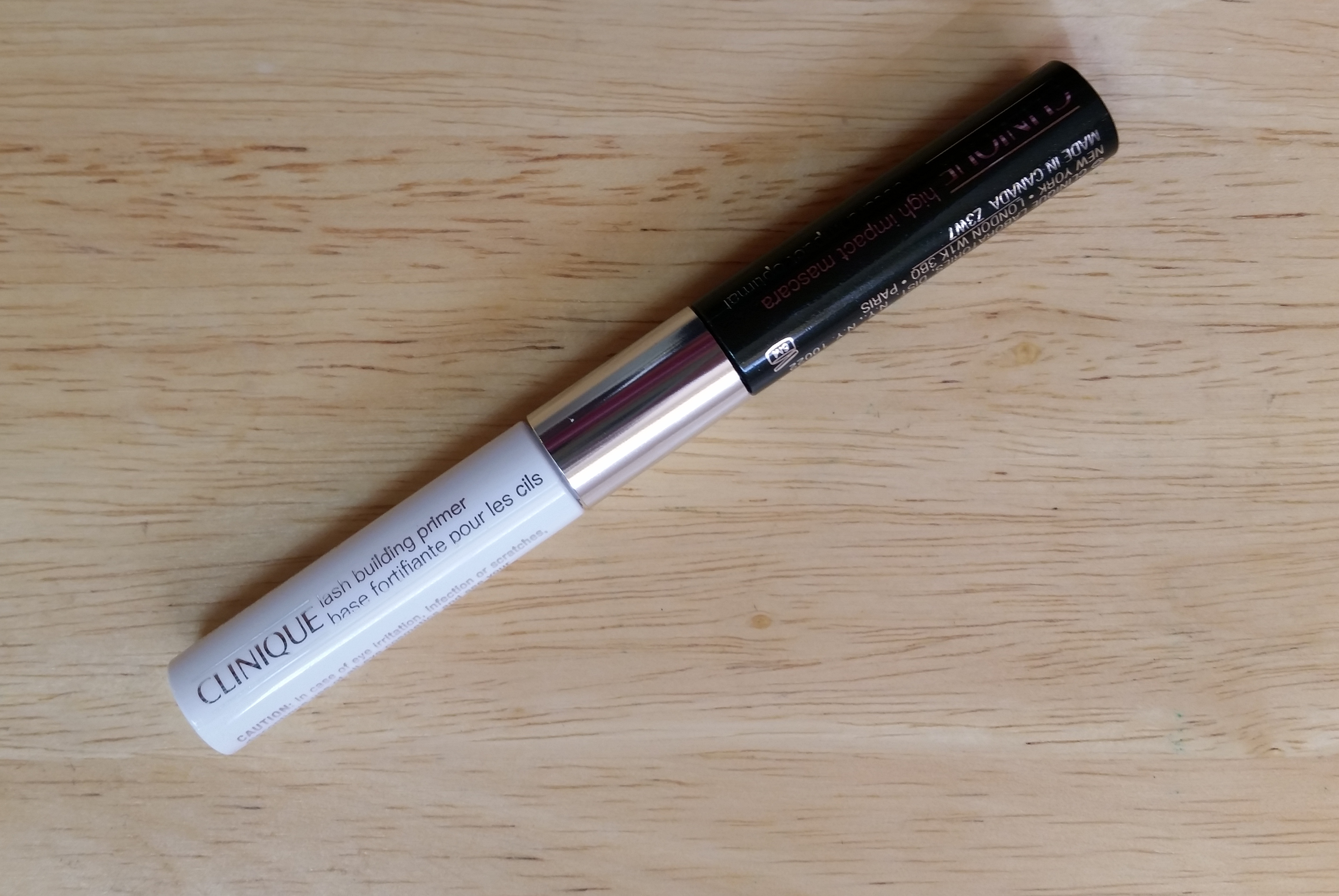 I can’t find the duo for purchase, but I think I’m more in love with the primer than the mascara anyway– and this from a woman who has never before tried a primer and who doesn’t consider herself to particularly need one. My lashes are long and curly on their own, but this just gave them an extra little… oomph. It turned my eyelashes from their usual dark and pretty and fluttery into dramatic and thick, almost looking like falsies. I really liked it. The mascara was okay, but it smudged pretty easily. It’s not something I could wear to work, for sure, because I get all hot and sweaty at times, and this would be a smudgy, runny mess on me by the end of my shift.

Clinique does have a waterproof version of this mascara, so I might give that a go and see how it works out for me. 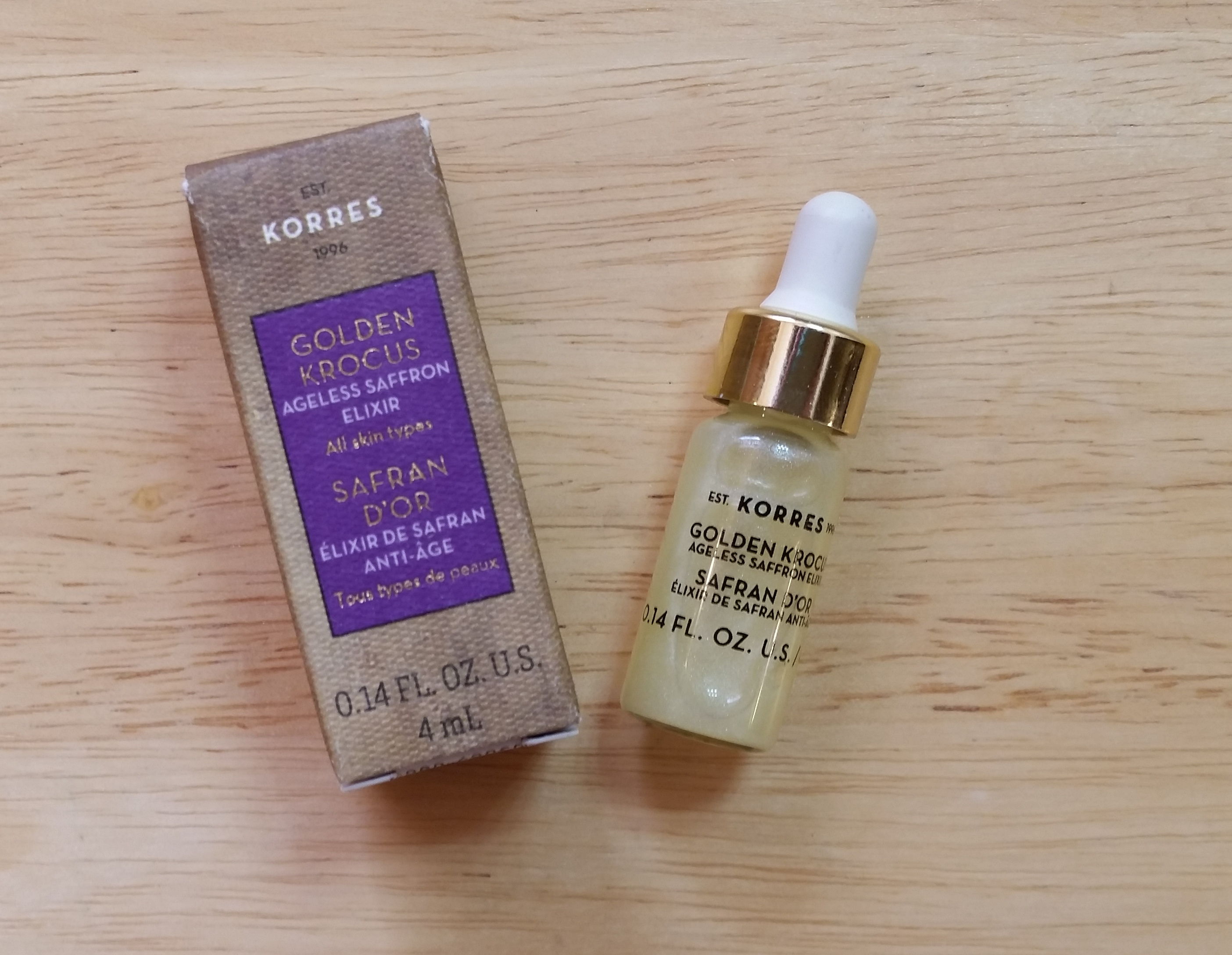 I’m always happy to try out a new serum, and this one is pretty darn pricey, so it’s probably the ONLY time I’m going to try it out. I was able to squeeze a good two weeks of use out of that teensy bottle, too. I was excited to see it in my box, but it did disappoint. I saw no results at all from regularly using it until it was gone. The only real benefit seemed to be a touch of brightness (which I already get from other products). It was also heavily scented, and it took ages to dissipate. 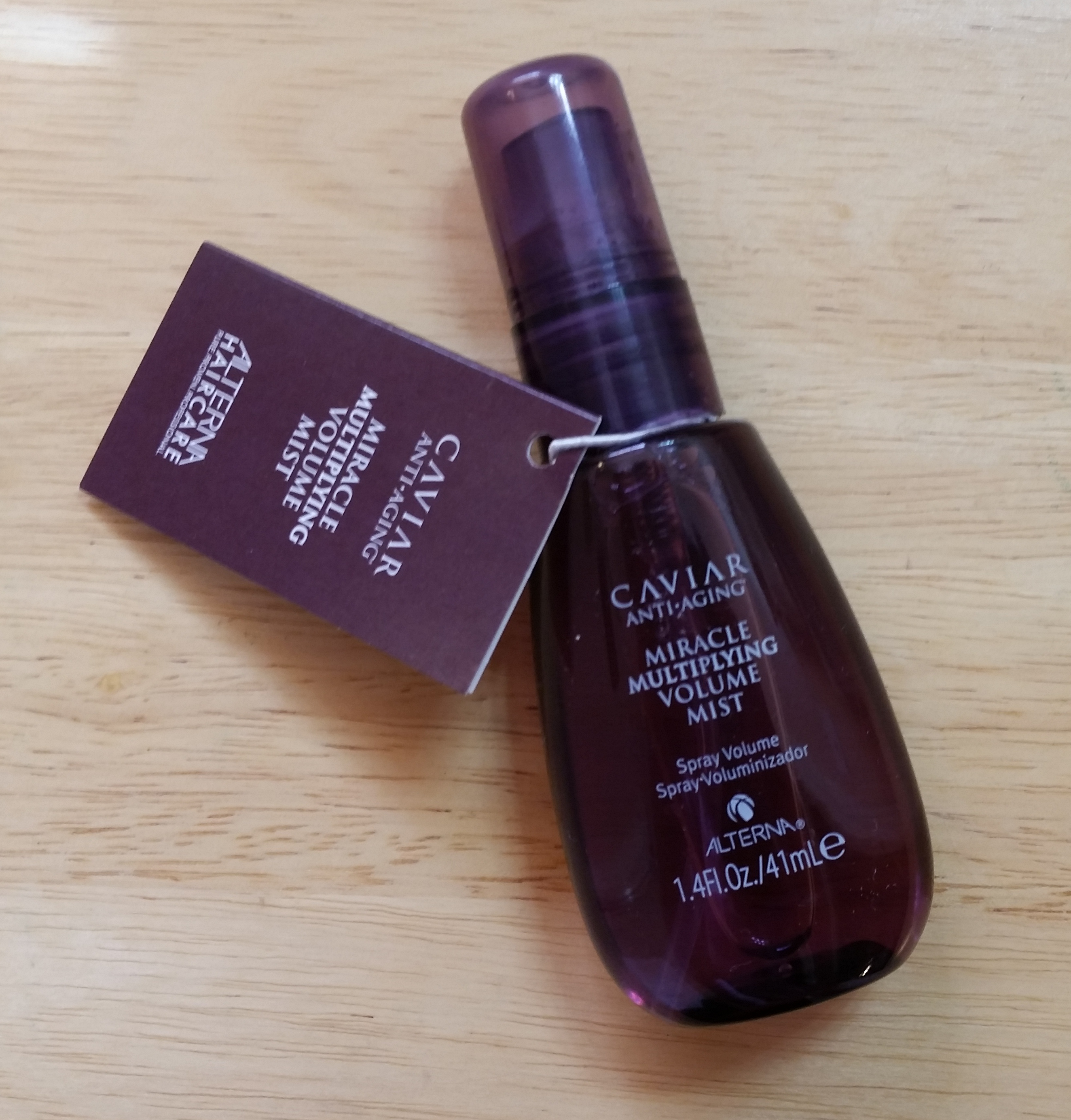 Again, I had high hopes for this, though for whatever reason, I’ll never understand. Typically, my hair responds best to the simplest of products, but the words “anti-aging” reeled in my interest more than just a little.

It smelled nice, but that’s about it. There was no noticeable change in my hair, and when paired with a blow drier, I noticed no difference in volume. 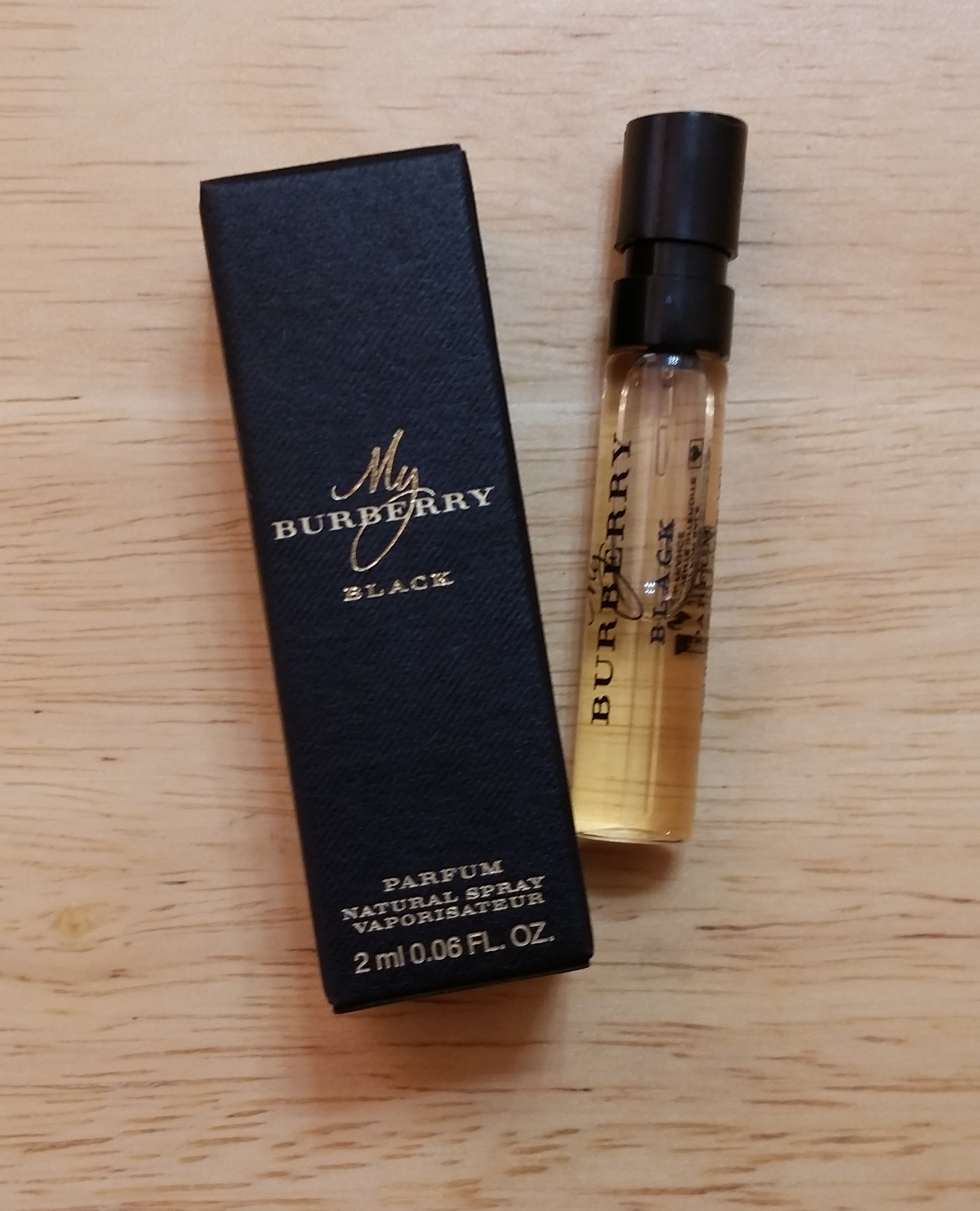 Oh, my! This did smell really nice, and it only took a couple of spritzes and lasted ALL DAY!!! Of course, the jasmine immediately stood out to me, as jasmine does. The best way I can describe the effect is “cozy.” I want to spray this on a blanket, curl up, and take a nap. While it doesn’t smell like Chanel No. 5, it reminded me of it in that way.

Again, while I felt like I was happy to get to try some things out this month, I was a little disappointed with some of them, but that’s just how it goes sometimes. The overall retail value of my box was just under $55, which isn’t bad for a box that’s $10 + tax.